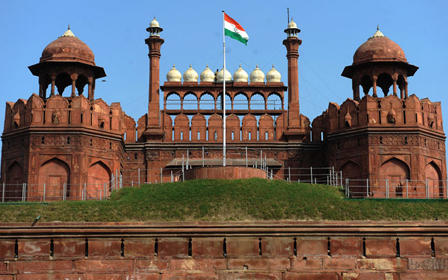 Delhi One Day Tour by Car is the most sought tour by the visitors and Old Delhi still witness the historical and cultural riches of India unfold before your eyes in the most unpretentious manner there can be. Proudly pristine by choice – the old walled city to this day retains everything old and archaic within its margins and hence its name. A leisurely stroll past the vicinity gives you a genuine glimpse of how the capital used to look like ages ago when the Mughals still ruled the province.

Popularly called the Purānī Dillī in the local parlance was originally named Shahjahanabad after the famous founder Mughal emperor Shahjahan, way back in 1639.Here, people from all walks of life and diverse traditions coexist and celebrate their respective faiths with aplomb and high spirits. Indeed, Old Delhi is a melting pot of antiquities and multitudes.

New-Delhi is the national capital of one the most amazing countries of the world. The civilization does go beyond 5000 years yet the wisdom is farfetched of this land of Buddha, Tagore, Gandhi and many other visionaries. If you are in Delhi or can spare some time for a Delhi one day tour, you will happy that you did and became a part of a dynamic heritage.

- Delhi One Day Tour and Sightseeing

Speaking of the grand history your day tour should start with Akshardham temple. This built though built just five years ago is an exceptional amalgamation of age old wisdom, art, craftsmanship and values. It has been recorded as the most comprehensive Hindu temple in the world by Guinness book of world records.

Settled on the Kalkaji hill, is the seventh major Bahai temple in the world. The structure is in the shape of lotus made of white marble symbolising Hinduism, Islam, Jainism and Buddhism.

If you are seeking some solace for yourself then a day spent at the garden of five senses would just be it. The twenty acre garden was created by Delhi government to provide a breath of fresh air and space among the busy humdrum of a national capital. It is nestled in the beautiful heritage area of Mehrauli.

Qutub Minar is a majestic monument standing at 237.8 feet giving the visitor a bird’s eye view of the whole city of Delhi. Built in the year 1192 it is a favourite tourist destination of Delhi. It is surrounded by lush green laws adding a sense of serenity to the place.

One day tour of Delhi can also be planned with Lutyen’s Delhi- the arterial Rajpath and monumental magnificence such as parliament house, Central Secretariat, India gate or Rashtrapati Bhawan. Nation Museum, National gallery of modern art, Teen Murti Bhawan-officail residence of Jawahar Lal Nehru are in close proximity and can be travelled by foot or by auto.

It might be midday and time for lunch; head for Connaught place located centrally and has a plethora of eating joints for every taste bud for a wholesome lunch. Janpath is shopper’s trove. It has shops form ever state in India and is like visiting the whole of India in one common space. A day tour is incomplete without a stroll around Janpath.

Jantar Mantar was built by Maharaja Jai Singh II of Jaipur to predict movement of sun, moon and planets. These instruments of astronomy have given many beneficial readings and data since 1724. Jantar Mantar in Delhi is one of the five constructed by the King.

Jama Masjid built in 1644 is the largest mosque of Delhi right across red fort. A day tour of red fort will give you chance to experience the military might of Mughal emperor –Shah Jahan. This fort is called Red fort because it is made of red sandstone. The prime minister gives Independence Day speech every year from this iconic fort. Enjoy your day tour of Delhi to the fullest!

If you unable to find the exact package what you are looking for, then write to us "info@mytravelcon.com" and we shall be happy to Customise your tour for you or call at +919758823555

Fill the form to book this tour 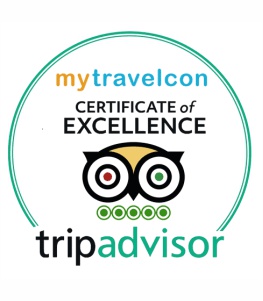